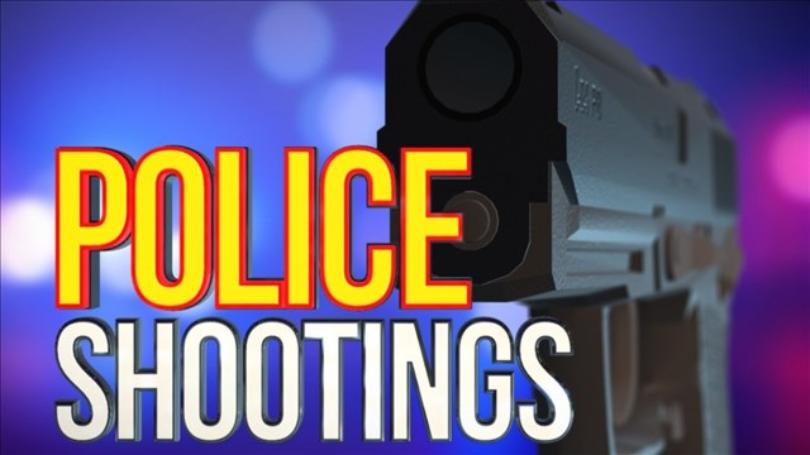 A1 A1: APA 6th ed. Recommends that essay titles should be 12 words or less in length and should not include superfluous words or abbreviations. Police Violence in the United States

The number of shootings involving police officers has increased in the United States in recent weeks to the point where there were three police officers shot and a caregiver for an autistic resident at a local long-term care facility in North Miami shot by police while he was trying to assist a noncompliant autistic patient while this paper was being written.  Indeed, if media accounts and these recent trends are taken together, it would seem that the country is on the verge of an all-out racial war tantamount to the alarming “Helter-Skelter” imagery painted by Charles Manson and his murderous cult half a century ago. A2 A2: The thesis statement should be used to alert readers to what follows. To determine the facts in the current situation, this paper reviews the relevant literature concerning the historic as well as recent trends in police violence and incidents involving both citizens and officers being killed in the United States. Finally, a summary of the review of the literature and important findings concerning the historic and recent trends in police violence in the U.S. are provided in the conclusion.

Certainly, many American would agree that although the Civil Rights Movement achieved many of its fundamental goals, but most would also agree that racism remains a national problem that continues to create divisiveness during a period in the country’s history when solidarity is needed to respond to growing terrorist threats from abroad. Although the nation has a long history of violence between criminals and the law enforcement community, the current situation can be said to have originated when 18-year-old Michael Brown was shot by police in Ferguson, Missouri of August 9, 2014, and set off a nationwide response from the African America community concerning the militarization of the law enforcement community following the terrorist attacks of September 11, 2001 that has continued to escalate in severity (Contorno, 2014).

One of the most recent – and disturbing – incidents involved an unarmed African American therapist, Charles Kinsey, who was trying to coerce an autistic patient carrying a toy truck to return to a nearby long-term care facility when they were confronted by police in North Miami, Florida. According to a report by CNN’s Shoichet, Berlinger and Jones (2016) and a videotape recording of the incident, local residents had contacted police about a man carrying a weapon in the middle of street. The police apparently mistook the therapist for a kidnapper and ordered him to lie in the middle of the street with his hands in the air, an order with which he complied only to be shot several times by North Miami police (Shoichet et al., 2016). While the police who were involved in this incident have been suspended from duty while an investigation is conducted and the innocent black victim is expected to survive, this episode underscores the severity of the racial divide that faces the country today.

A number of other high-profile attacks on police officers have followed other incidents of police shooting African Americans in recent months, including Alton Sterling and Philando Castile, both of which have attracted nationwide and international condemnation (Shoicet A4 A4: Meaning “and others, the term “et al.” is not italicized even though it is Latin and a period is required after the “al.” et al, 2016). Although the numbers keep increasing, at the time of this writing, there had been eight law enforcement officers killed during separate exchanges in Baton Rouge and Dallas, and these shooting were committed by African American assailants who reported they were responding to the growing threat from police (Shoicet et al. 2016). What was especially troubling about the Castile killing was the fact that one of police officers who shot him had arrested him previously based on mistaken identity for an armed robbery suspect and booked him into the Hennepin County jail (Bjorhus, 2016). Although the details concerning Castile’s death remain unclear, what is known for certain is that 4 days after his release, the same police officer witnessed Castile’s car driving with a broken tail light and the ensuing traffic stop inexplicably resulted in Castile’s death which was recorded by his girlfriend using a cell phone camera (Bjorhus, 2016). This police shooting also resulted in nationwide protests and the incident is being investigated by the Minnesota Bureau of Criminal Apprehension while the police officers remain on paid administrative leave (Bjorhus, 2016).

For a country that prides itself on being a nation of laws, these are clearly troubling trends but they also beg the question as to whether these most recent incidents represent a dramatic increase in the number of shootings involving law enforcement authorities or whether they have been the focus of increased media attention. Therefore, given the importance of these issues for Americans of all walks of life, a review of what is known represents an essential place to begin. As can be seen from the trend depicted in Figure 1 below, the number of justifiable homicides by law enforcement authorities in the United States involved a firearm during the period from 1990 through 2013 varied dramatically from year to year, but following a spike in the early 1990s and a subsequent decline, there has been a perceptible and sustained upswing in these rates since 2001. Conversely, the number of police officers who have been killed by civilians during much of this same period of time has held steady or been on a general decline as shown in Table 1 and depicted graphically in Figure 2 below.

A5 A5: Unless at least one-third of them can be included on a page, tables should be started on a new page. Table 1 Despite the trends shown in Table 1 and depicted graphically in Figure 2 above, determining the precise answer to this question is complicated by the fact that the 18,000 city, county, state, tribal and campus-based law enforcement agencies in the United States are not required to report shootings involving police officers to the Federal Bureau of Investigation for inclusion in the its annual Uniform Crime Report (Contorno, 2014). Indeed, some authorities believe that the actual rate of police shooting of citizens in the U.S. may be fully twice what is currently being reported (Contorno, 2014). In this regard, Contorno (2014) emphasizes that, A6 A6: Quotations of 41 or more words must be blocked by setting the quoted material off 1” from the left margin only. “The consensus among experts is that these data are unsatisfactory, leaving questions about the number of people shot and killed by police in any year and trends in that number over time completely open" (2014, para. 3). The annual crime statistics collected by the FBI also fail to break down these incidents by race, making any substantive analysis of recent trends even more difficult.

Taken together, it is clear that additional data is needed to determine the current problem with more specificity, but it is also reasonable to conclude that some African Americans are being singled out by the law enforcement community in ways that create situations in which violence ensues. This is not to say, of course, that the nation’s law enforcement community has engaged in a massive conspiracy to shoot African Americans whenever and wherever possible, but it is to say that the recent high-profile shooting of unarmed black Americans and the retaliatory responses represent a serious domestic threat to national security during a period in the country’s history when international threats abound and it is reasonable to conclude that this issue will be a major priority for the next U.S. president.

Contorno, S. (2014, December 3). Are deaths from police shootings the highest in 20 years? http://www.politifact.com/truth-o-meter/statements/2014/dec/03/marc-morial/are-deaths-police-shootings-highest-20-years/.

Shoichet, C. E., Berlinger, J. & Jones, S. (2016, July 21). Miami shooting: Man says cops shot him while he was lying down with hands up holding his hands in the air. Miami Herald. Retrieved from http://www.miamiherald.com/news/local/crime/article90905442.html.

Looking for other documents related to Police Violence in the United States ? Search our collection of 122,000+ example essays, research papers, and term papers.
or search similar documents

Download Full Essay
A1: APA 6th ed. Recommends that essay titles should be 12 words or less in length and should not include superfluous words or abbreviations.
A2: The thesis statement should be used to alert readers to what follows.
A3: Level 1 heading (check APA 6th ed. For guidance concerning additional heading levels).
A4: Meaning “and others, the term “et al.” is not italicized even though it is Latin and a period is required after the “al.”
A5: Unless at least one-third of them can be included on a page, tables should be started on a new page.
A6: Quotations of 41 or more words must be blocked by setting the quoted material off 1” from the left margin only.