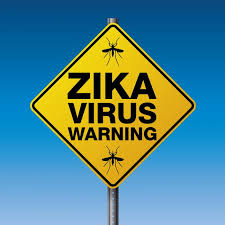 A1 A1: Headings are left-justified in regular font (can be bold, though APA does not require them to be in bold- check with your teacher for specific instructions). Introduction

While the Zika virus may seem like a new disease to those in the Western world, it was actually first identified in 1947 in Uganda (Bhargava, 2016).  Transmitted by the Aedes mosquito, Zika outbreaks were confined to Africa until 2007, when the virus spread to the South Pacific.  Since then, the Zika virus has spread throughout much of the world.  While it is still active in Cape Verde, Africa, most of the African continent is free of active Zika transmissions, and Singapore is the only country in Asia with the virus.  However, many Pacific Island countries, as well as countries throughout South America and Central America, including most of the islands in the Caribbean, have active Zika outbreaks, as do Mexico and the United States (Centers for Disease Control and Prevention, 2016).

Zika is transmitted by the Aedes mosquito, an insect that is also a known carrier for other deadly virus including dengue fever, yellow fever, and the chikungunya virus.  Mosquitos transmit the virus by biting infected people and then passing the virus to other people that they bite.  However, Zika is not transmitted solely through mosquito bites.  The disease can be transmitted through sexual contact.  In fact, traces of the virus can be found in all bodily fluids including: blood, sweat, semen, urine, saliva, and the fluids of the eye.  While it is unlikely that Zika would be transmitted through non-sexual contact with bodily fluids, it is possible.  In Utah the caregiver for an elderly man contracted the virus without any sexual contact, but simply by coming into contact with the patient’s sweat and tears (Bhargava, 2016). Currently, this is believed to be an isolated case and is attributed to the fact that the patient had extremely highly elevated levels of Zika virus in his blood, but it does confirm that transmission is possible through casual contact with bodily fluids.  In addition, pregnant mothers who are infected with the Zika virus can pass on the infection to the fetus.

Generally, Zika is an asymptomatic disease; only about 20% of those infected with Zika will exhibit any symptoms (Bhargava, 2016).  Those who do show symptoms will probably only experience a mild impact.  Symptoms appear with three days to two weeks after exposure to the virus and include: fever, joint pain, rash, muscle pain, headache, and conjunctivitis or pink eye.  For healthy adults who contract the disease, the symptoms are inconvenient but not life or health-threatening.  In fact, infection is believed to lead to immunity at future exposure.  However, for adults with compromised immune systems or underlying diseases, the elderly, and the very young, Zika can be a very serious disease and can even lead to death.

The real health risk of Zika occurs to infants whose mothers are infected with Zika during the pregnancy.  Zika is linked to a number of birth defects.  The most dramatic of these birth defects is a conditions known as microcephaly, which simply means that the baby’s head is smaller than would be expected for a baby of that size and age, probably due to some type of improper brain development in utero.  However, microcephaly is more serious than simply a small head; it is linked to serious problems including: seizures, developmental delays, intellectual disabilities, problems with movement and balance, hearing loss, vision problems, and problems with feeding or eating.  In addition, severe microcephaly may be life-threatening for an infant.

While microcephaly is the most frightening risk of mother-to-infant Zika transmission, it is not the only risk.   Infants exposed to Zika in utero may develop brain defects without microcephaly, eye defects, hearing problems, impaired growth, and Guillain-Barre syndrome.  These birth defects have caused significant problems for mothers of infants throughout the world, particularly in countries prohibiting late-term abortions for mother’s exposed to Zika virus and whose fetuses display signs of microcephaly while in utero.  The risk is significant.  While Zika was only identified in Brazil in May, over 2000 babies have been born with Zika-linked birth defects since that time (Bhargava, 2016).  Pregnant women are warned not to travel to areas with active Zika transmissions, but, of course, many pregnant women live in these areas.

There is no specific treatment for the Zika virus.  No medications exist that will cure the virus, but over-the-counter medications are generally sufficient for treatment of symptoms in otherwise healthy individuals.  Those with compromised immune systems or underlying conditions may need to seek medical treatment to help manage any Zika-related symptoms.  Furthermore, there is currently no treatment of the virus that would prevent an infected mother from transmitting it to a fetus or that would prevent the fetus from developing Zika-related birth defects.

Because there is no proven treatment for the disease, disease prevention is key.  Because the most common mode of transmission is the bite of an infected mosquito, it is important to avoid mosquito bites.  Clothing is an important first-step component in controlling Zika transmission: wearing long-sleeved shirts and long pants ensures that more body area is covered, reducing the likelihood of mosquito bites.  People can also treat their clothing with permethrin, which helps repel mosquitos.  The use of insect repellants is a great secondary-way to prevent insect bites.  Many products claim to repel insects, but the following EPA registered insect repellants are known to impact the Aedes mosquito: DEET, picaridin, IR3535, lemon eucalyptus oil, para-menthane-diol, and 2-undecanone.

Mosquito control also plays an important role in bite prevention; the fewer mosquitos present, the lower the risk of getting a mosquito bite.  This means that people should elect to stay indoors with air conditioning when possible, use door and window screens, use mosquito netting, and practice mosquito prevention or reduction outside of the home.  Removing standing or stagnant water from around the home, spraying mosquito killers, and treating standing water can all help reduce mosquito populations.

In addition, because Zika can be transmitted through bodily fluids, one should avoid contact with bodily fluids of people infected by the Zika virus or who have been in areas of active Zika transmission.  Most significantly, one should avoid unprotected sexual contact with people who have been exposed to the Zika virus by using condoms or abstaining from sex.

Individual efforts to protect oneself from Zika are critical because the Centers for Disease Control and Prevention just announced that Zika is not controllable within the United States (Gomez, 2016). There were hopes that eradication efforts would prevent the spread of the Zika virus in the United States, although those efforts had not proven successful throughout most of Central and South America.  However, once a disease that is transmitted by an insect like a mosquito becomes commonplace, it becomes increasingly difficult to contain and control that disease.  Zika came to the United States during the summer, when mosquito populations were increasing and people were less likely to wear long-sleeves and long-pants.  Like other diseases spread by the Aedes mosquito, the technology simply does not exist to stop the spread of the disease.  However, mosquito control efforts can help reduce mosquito populations and, therefore, the risk of Zika transmission.

A2 A2: References are listed on a separate page, following the conclusion of the text. It is labeled References, which is centered at the top of the page. References

Looking for other documents related to Zika Virus ? Search our collection of 122,000+ example essays, research papers, and term papers.
or search similar documents

Download Full Essay
A1: Headings are left-justified in regular font (can be bold, though APA does not require them to be in bold- check with your teacher for specific instructions).
A2: References are listed on a separate page, following the conclusion of the text. It is labeled References, which is centered at the top of the page.