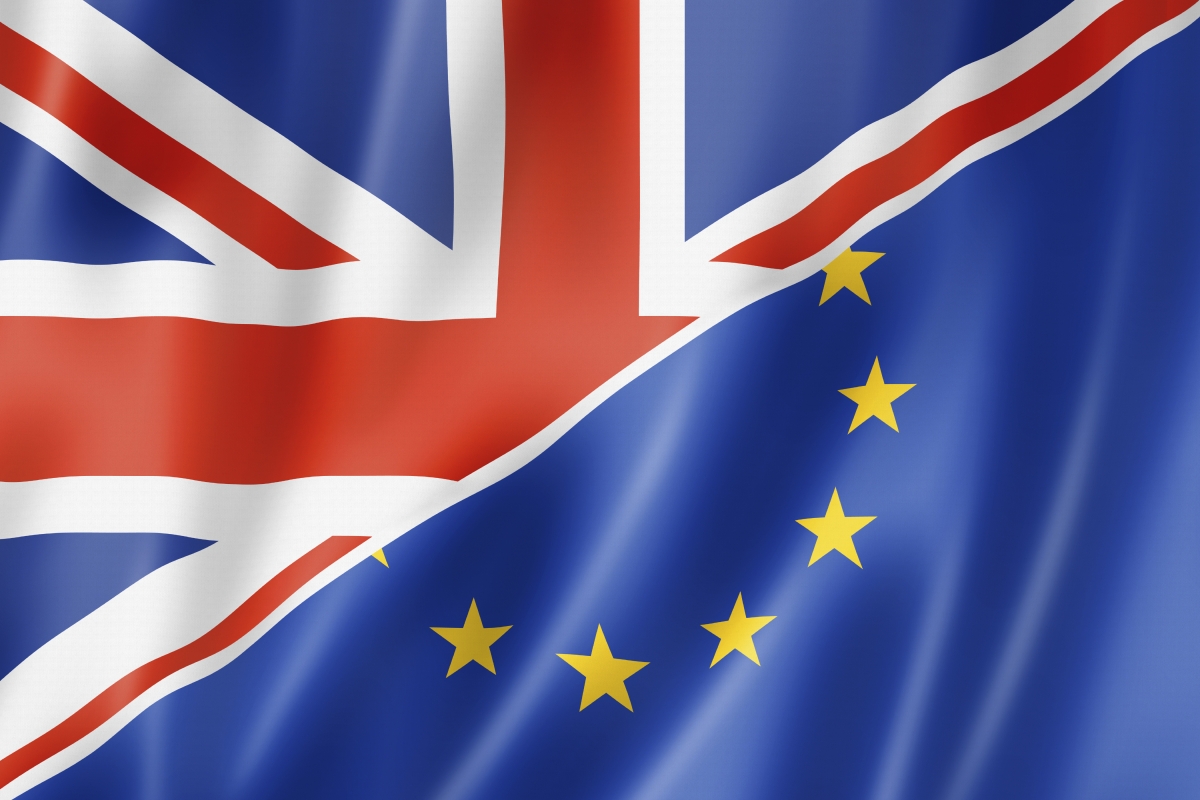 The British Exit or "Brexit" from the European Union (EU)

Introduction A1 A1: Headings are left-justified in regular font (can be bold, though APA does not require them to be in bold- check with your teacher for specific instructions).

The European Union (EU) may seem like a relatively recent political entity, but it actually began after World War II.  Currently, there are 28 European countries in the EU.  While it began as a means of encouraging economic cooperation and open trade among member countries.  However, as the EU evolved, it began to ask as a single political unit in a variety of ways.  For example, citizens of EU member countries could travel freely throughout Europe.  In addition, 19 of the 28 member countries adopted the euro as its currency.  Furthermore, the European Union has its own parliament, and the decisions of that parliament set rules and regulations for member countries in areas considered relevant to the entire EU.

Given that the EU was developed to simplify the European economy and increase trade, it can be difficult to understand why The United Kingdom would want to leave the EU.  However, the global economic recession had a devastating impact on The United Kingdom, and while much of the world has largely recovered from the impact of that recession, the EU has lagged behind global recovery.  Therefore, The United Kingdom may not have felt like it was receiving any economic benefits from membership in the EU.  However, in all fairness, the arguments that The United Kingdom was being economically hampered by the EU were made primarily by politicians who were arguing in favor of The United Kingdom’s departure from the EU, referred to popularly as Brexit, rather than by economists who actually felt such a departure would benefit Britons.[1]  A2 A2: This citation is in APA format, footnote style. The signal for the citation is a superscript number at the end of the quoted or referenced material. The format for an electronic citation is Last Name, First Initial. (Date of publication). Title of article. Website. Retrieved from: http:websitename.com

Another reason that some Britons may have wanted to leave the EU has to do with immigration.  Citizens in member countries are able to move freely throughout the EU.  This means that immigrants to one country are free to move to The United Kingdom.  There has been a tremendous influx of immigrants from non-European nations in recent history and some Britons have expressed concerns that the country’s economic and social structures are insufficient to support this growing immigrant population.  In addition, they fear that pro-immigration policies may support “a continental identity that diminishes the U.K.’s own sense of self.”[2]  Underneath some of these immigration concerns is a growing undercurrent of xenophobia and racism.  While it may not have motivated all, or even the majority of the voters who supported Brexit, it is undeniably one of the reasons that some people supported the departure from the E.U.

While the vote was decidedly in favor of Brexit, there have been mixed feelings about the result.  First, while voter turnout was very high, it is believed that many who opposed the departure did not turn out to vote, because they did not think that the referendum had enough support to pass.  Furthermore, even some voters who supported the departure expressed regret at the result.  It seems that some portion of voters voted in support of the referendum as a means of expressing displeasure at the government, but without believing that the referendum could actually pass.  Now that they are faced with the reality that The United Kingdom could, indeed, leave the EU, many people in The United Kingdom are expressing some fear and uncertainty.  Scotland has suggested it may hold a second referendum on whether or not to stay in The United Kingdom, but Northern Ireland has said that it will not seek a vote on reunification and will not try to leave The United Kingdom.

Britons are not the only ones who are expressing concern over a possible Brexit.  The world’s financial markets have been fluctuating tremendously over the last several weeks, because of concerns about Brexit.  When the Brexit possibility was first announced, global financial markets fell because of concerns that Brexit would have a negative impact on the world economy.  When it seemed like Brexit had insufficient support to pass, these global financial markets rebounded.  However, after the referendum passed, global markets took another hit.  While The United Kingdom never adopted the Euro, its financial systems are extremely intertwined with the EU’s and world markets are concerned about the financial impacts that Brexit will have, not just on The United Kingdom’s economy, but on the global economy.

How Can the United Kingdom Leave the EU?

In order for The United Kingdom to actually exit the EU, it must invoke Article 50 of the Lisbon Treaty.[3]  Therefore, the Brexit vote, itself, does nothing to impact The United Kingdom’s status as an EU member nation.  The prime minister has to invoke Article 50 of the Lisbon Treaty, which will initiate a legal process that allows the UK to negotiate its withdrawal from the EU.  However, Article 50 of the Lisbon Treaty has never been invoked by a member nation, therefore the withdrawal process is uncertain.  Moreover, no member nation has previously withdrawn from the EU.  Greenland, a territory of a member nation, signed a treaty with the EU, which allowed it to withdraw, but the process took almost a decade to complete.  Therefore, while it is clear that The United Kingdom can use the EU, it is equally clear that the process will not happen immediately.

Will The United Kingdom leave the EU?

What is unclear is whether or not The United Kingdom will actually leave the EU.  The prime minister has to invoke Article 50 of the Lisbon Treaty.  However, the current prime minister, David Cameron, has indicated that he will be stepping down as Prime Minister by October.  While the referendum was ostensibly about The United Kingdom’s membership in the EU, it is impossible to ignore that the vote was also a condemnation of Cameron.  By stepping down, Cameron, who opposed The United Kingdom’s exit from the EU, simultaneously acknowledges that voters are unhappy with him and removes himself from the position of having to invoke Article 50, leaving that for his predecessor.

Furthermore, the prime minister invoking the article is only the first step in a departure.  Parliament has to pass laws that would facilitate the exit and the withdrawal agreement, once negotiated, has to be passed by both houses of Parliament.  Most members of Parliament opposed Brexit and could refuse to pass the enabling legislation or the withdrawal agreement.  Furthermore, the members of Parliament could force a general election, with one of the parties campaigning to stay in the EU; if those candidates won the election, it could be seen as a sign that voters actually wanted to remain in the EU.

Further complicating the scenario is the fact that the biggest pro-Brexit campaigner, Boris Johnson, who many believed would be the natural replacement once Cameron has resigned, has indicated that he will not be seeking to become the Prime Minister.  Currently, there are five contenders for the position of Prime Minister.  Whoever ultimately wins the position will be the person in charge of invoking Article 50 and negotiating The United Kingdom’s exit from the EU.  Therefore, the election results will be critical to the future of the country.

While much of the world went into a panic when the results of the referendum were in favor of Brexit, the reality is that the referendum has had very little impact on people in The United Kingdom or the rest of the U.K. at this time.  Furthermore, it will be years before an exit will begin to have a practical impact on the daily life of Britons.  Currently, the UK must continue to abide by EU treaties and laws.  However, the UK will no longer have a decision-making role in the EU.  Theoretically, this places it at a disadvantage, because it has the obligations of a member nation, but not all of the rights.  That status will continue while the United Kingdom and the EU negotiate the terms of a departure.

For now, it is impossible to speculate how United Kingdom citizens will be impacted by the exit.  Currently, UK citizens are able to travel freely throughout the EU and are able to work in EU member nations.  Whether this will be permitted after withdrawal cannot be known until the withdrawal agreement is negotiated.  Many people are predicting a “soft” exit, where the United Kingdom will remain a part of the EU’s single market.  If that occurs, then work and travel rights would almost certainly remain similar to what they currently are.  However, if the United Kingdom votes to require EU citizens to obtain work or travel permits before working or traveling in the UK, it is unlikely that the EU would not reciprocate with similar requirements.  Because so much is dependent on the terms of the withdrawal agreement, it is simply impossible to speculate about the final outcome of the Brexit referendum. W

Looking for other documents related to Brexit ? Search our collection of 122,000+ example essays, research papers, and term papers.
or search similar documents

Download Full Essay
A1: Headings are left-justified in regular font (can be bold, though APA does not require them to be in bold- check with your teacher for specific instructions).
A2: This citation is in APA format, footnote style. The signal for the citation is a superscript number at the end of the quoted or referenced material. The format for an electronic citation is Last Name, First Initial. (Date of publication). Title of article. Website. Retrieved from: http:websitename.com