To Kill A Mockingbird Essay

Discuss the presence of Jim Crow laws and their manifestation in the novel and social ramifications.
Plessy v. Ferguson was a landmark case for maintaining segregation and inequality for blacks. Discuss how this was demonstrated in the novel.
Discuss how the economic stresses of the time added to social tensions in To Kill a Mockingbird.
Tom Robinson is a black man charged with rape of a white woman, tried by a white jury. Discuss the problems inherent in this situation that will ensure he won’t receive a fair trial.
Discuss the parallelisms between Boo Radley and Tom Robinson.
Discuss the parallelisms between Jem Finch and Tom Robinson.
Dill Harris is an intriguing supporting character as he represents a melee of so many of the people and circumstances around him. Discuss.
Critics have described Atticus Finch as overly optimistic. Agree or disagree and explain.
The novel is not a mirror image of Harper Lee’s childhood, but explain how her actual youth probably had an influence on the creation of the story.
Compare and contrast the film and the novel. Which do you prefer and why? 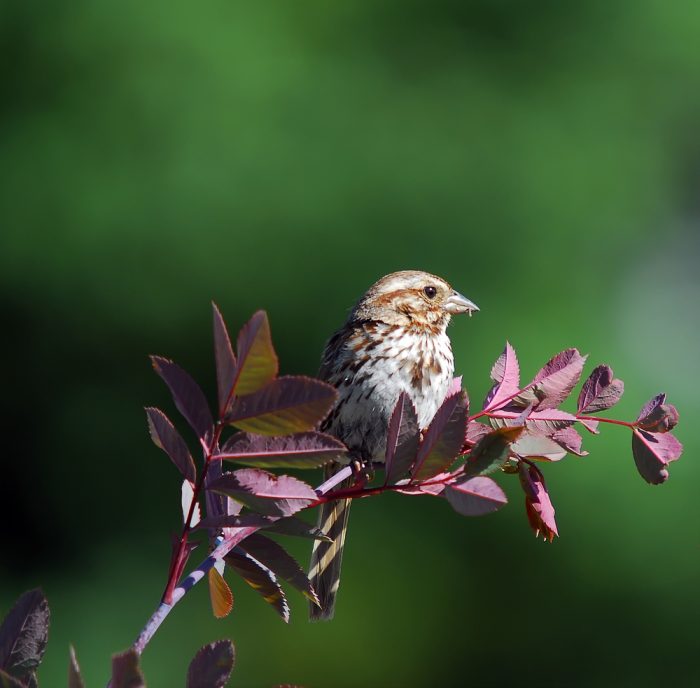 Writing a To Kill a Mockingbird essay forces the student to examine one of the most revered works of 20th century American literature. Exploring this novel means being prepared to confront some of the darker days of American history, such as the extreme racism of the Jim Crow era and the economic despondency of the Great Depression. This novel is so much more than just a slice of life for Southern America in the 1930s. Rather, the novel explores lofty and complex ideologies such as justice, morality, equality, human dignity and compassion. Given the heaviness of so many of the themes, it’s no wonder that the novel is an indelible part of so many high school curriculums.

In the novel To Kill a Mockingbird by Harper Lee, the reader is put into the capable hands of the six-year-old narrator Scout. Being forced to view the complexity of so many of these social and philosophical issues through the eyes of child is transformative. This dynamic forces the reader to view them from a fresher perspective. In many ways, it is as if every reader is another child of Atticus Finch. Yet, this places the reader into a position of inherent vulnerability as we confront some of the most difficult issues of the era—from classism to racism to justice and human responsibility. Harper Lee makes all of these experiences memorable and engaging through her nuanced characters and the challenges they have to face.

The book is a retrospective of a slice of the childhood of Jean Louise Finch (Scout) told in the first person. The book concerns three years from 1933-1935, when Scout, the narrator was six years old. The book opens with the reader being immediately introduced to Scout’s life and family situation as she lives in Maycomb, Alabama—a fictional but quiet town in the deep South. Scout lives with her older brother Jeremy (Jem) and her father Atticus, and a woman who cooks for them named Calpurnia. Their mother died when they were quite young, and Atticus very much embodies the archetype of the heroic single parent.

During the start of the book, Jem and Scout have taken to hanging out with a young boy named Dill, who visits the town each summer to stay with his aunt. One of the activities that the children engage in is speculating about Boo Radley, a shut-in down the street. No one has seen him in years and the children enjoy getting cheap thrills by daring one another to touch his house and enjoy speculating if he looks like some sort of

Eventually the children come to find that someone has been leaving them candy in the concave part of a tree outside the Radley house. It’s a gesture of much warmth but Radley never introduces himself to them in any way.

A major plot point of the novel revolves around the fact segregation is alive and well in this part of the south and racism is still normalized to a certain extent. Tom Robinson, a black man who lives on the outskirts of town, is wrongfully accused of raping a white woman (the lonely Mayella Ewell). Atticus is appointed to defend him and he agrees to move forward in representing Robinson as a client. Unsurprisingly, many people in the town of Maycomb express their marked disapproval to Atticus. Unfortunately, Scout and Jem also bear the blowback from the racism and division in the town. They are mocked and verbally abused by other children for their father’s involvement in the case.

The novel succeeds in capturing the racism of the era particularly in the manner that Atticus has to stand off with a crowd of men who have the single goal of lynching Robinson. Atticus is able to dissuade the mob using his skills of dialect and persuasion, igniting the faint flames of empathy within the people by gently shaming them.

Understandably, Atticus Finch expresses his desire to have his children not attend the trial—as so many adults wouldn’t want to see their children in their workplace. However, Jem and Scout along with their friend Dill are able to watch the trial from the upper level, where the colored folk are allowed to sit. This detail offers a nice nuance and gesture of allegiance from the children to the black population.

The trial goes well in the sense that Atticus is able to clearly demonstrate that the accuser Bob Ewell and the “victim” are engaged in obvious subterfuge. Atticus is also able to demonstrate that Mayella tried to seduce Tom Robinson, something her father walked in on, and subsequently beat her. Strong evidence is provided to demonstrate the innocence of the accused, but it doesn’t do any good. The jury serves Robinson a conviction. The sentence is a clear representation of backwards justice and a biased system, riddled with prejudice—all typical of the era. The children are deeply disturbed by this skewed ruling; though Atticus had seemed to somewhat expect it, given the fact that the jury was all white. An even more tragic turn of events results occur when Tom is shot in jail, when trying to escape.

However, in some form of warped justice, Ewell is on the receiving end of shame and embarrassment from the entire town after the trial. Atticus describes this dynamic as a result of the fact that he annihilated the last inch of trustworthiness in him. However, racism combined with shame ensures that Ewell is determined to wage revenge on Atticus and his family. After spitting in Atticus’ face, Ewell attempts to burgle the judge’s place of residence, even going so far as to bully the wife of the late Tom Robinson. Lee makes it clear that these are all the actions of a warped and damaged man.        Finally, after failing to seek vindication for the perceived slights of the trial, Ewell decides to terrorize Atticus Finch’s children. Such a move is at the height of cowardice and treachery. Ewell assaults Jem and Scout in the dark of the night, as they are walking home from a Halloween party. In the struggle, Ewell breaks Jem’s arm, though before Ewell can get to Scout, a mysterious figure intervenes on their behalf and stabs Boo Radley. The mysterious figure carries Jem back home to safety and it is then that Scout recognizes the man as actually the inscrutable Boo Radley.

In a moment of poetic justice, the sheriff arrives on the scene to find that Ewell has perished in the scuffle he initiated. The sheriff then engages in a debate with Atticus about where or not to charge Jem or Boo for the man’s death. Ultimately, they agree to move forward with the story that Ewell tripped, falling on his own knife. Boo entreats Scout to walk him home, demonstrating an odd childlike quality. Scout takes a moment to put herself in Boo’s shoes, as Atticus had always urged her to do in life, and wishes that she had reciprocated the kindness that he had given them via the gifts in the tree. Once home, Scout joins her dad in Jem’s room where they stay up with him for a bit. Her father puts her to bed and then goes back to look after Jem. 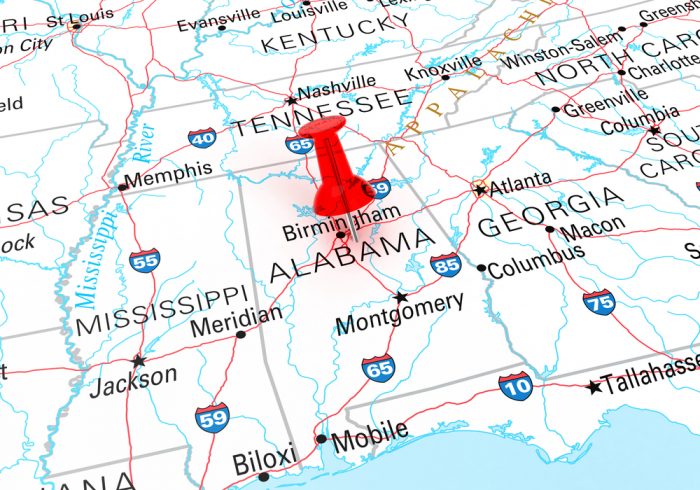 The title of the novel, To Kill a Mockingbird, signals the reader to the overarching motif, which is that of justice, and the perception of justice. As Atticus Finch tells Jem, “I’d rather you shot at tin cans in the back yard, but I know you’ll go after birds. Shoot all the bluejays you want, if you can hit ‘em, but remember it’s a sin to…
Read Full

To Kill a Mockingbird Essay

[toc]   In this To Kill a Mockingbird essay example, the exploration of race and family will play a role in how the characters are experienced by the reader. A look at setting, an emphasis on characters like Aunt Alexandra, will help provide the kind of context needed to explore the topic further. The topic of family is an interesting area to cover because it is a personal and private attempt of

Kill a Mockingbird the Issue

Robinson being black and the alleged victim of the rape being a white woman. Finch then states that "I have nothing but pity... For the chief witness whose evidence has been called into serious question... The defendant is not guilty, but somebody in this courtroom is" (Lee, 1988, 231). What Finch is attempting to say is that the true guilt lies on the white woman who has accused Mr.

Symbolism in to Kill a Mockingbird

Kill Mockingbird To Kill a Mockingbird is a novel that discusses race relations and the justice system in American culture. Atticus is a lawyer who defends a black man on trial for raping a white woman. As a result, the community is against Atticus and his family. Symbolism is one way that author Harper Lee discusses the sensitive issues in the novel, which was published first in 1960. At that

To Kill a Mockingbird

Abstract / Introduction When writing a “To Kill a Mockingbird” essay, keep in mind Harper Lee’s 1960 novel is a Pulitzer Prize winning classic.  It was well-received at the time and is still loved and admired by new readers today.  One of the reasons the story is so successful is that Lee uses archetypes to present a world of good and evil that is easy for audiences to understand.  Atticus Finch

kill a Mocking Bird's Aticus Finch Defined as one of the best novel of the 20th Century, and selling more than "30 million copies around the world" having it's translation in more than 40 languages (Flood), the book "To Kill a Mocking Bird" has been considered as a true reflction of the American society in 1936. The story revolves around the story of the racial differences that exist in the

To Kill a Mockingbird Essay

Kill a Mockingbird the Issue

Symbolism in to Kill a Mockingbird

To Kill a Mockingbird