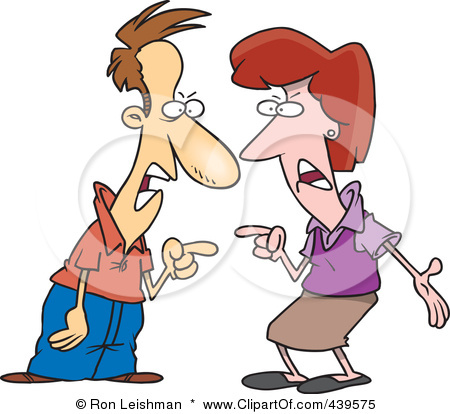 Arguing – especially in the context of an academic paper – isn't the same thing as fighting. You can't just say you're right and tell the reader why you think that. Hint: "Because I said so" isn't a good reason. Instead, you have to present your side of the issue, address the other (dissenting) side, and then challenge that dissent and refute it with logic and reason. That's very different from just having an opinion, because you must work to prove why your side is the "right" side based on the information you present. You want to persuade people to see your side of things, and in order to do that you need to make a rational argument. If you can't develop a solid argument about your subject, you may need to choose something different for your paper or at least take a different angle so you can get a high grade.

The first thing you need to do in order to create a successful argumentative paper is to pick a good topic. This needs to be something that has two sides to it, and can be argued one way or another. It doesn't have to be something you can conclusively prove scientifically, and should be something that matters to people and/or gets them thinking. For example, abortion, euthanasia, the death penalty, and the existence of God are all good topics for argumentative papers. There are numerous other topics you can use – some of them will be large, "hot button" issues and others can be smaller, less consequential things. As long as the topic clearly has two strong sides and is arguable, you can use it for your paper.

In order to provide adequate reasoning for your argumentative paper, you have to really understand the issue. Even if you have a very strong opinion leaning toward one side or the other, you'll need to have knowledge of the other side. It's difficult to refute an argument if you don't actually know that much about the subject. Many people have strong opinions about something, but when asked to provide facts (either for or against the issue) they may not be able to do so. That can be fine for everyday life, but it's not acceptable for a paper. You have to know your subject, and that includes your position and the other side, even if you don't agree with anything the other side believes.

Choosing a side may seem like the easiest part, but it's really not. Many people start out believing something, but change their mind after they get more evidence. They can also find that they are no longer sure which side they want to take once they get more knowledge of the subject. Because that happens frequently, you'll need to do plenty of research into your chosen subject and then decide which side you're going to argue for. Some instructors will ask that you argue for the side you're actually against in order to exercise your argumentative skills. This can be an excellent way to make sure you can provide adequate reasoning for the topic you've chosen to address.

After a side has been selected, you'll need to create the actual argument you're going to make. Whether you're arguing for or against something, you want to be clear and direct. Create a specific statement that indicates what point you're taking in the paper. Then, determine what information you can provide that will help other people see your side of the issue. For example, if you argue that the death penalty should be abolished, you may want to present information about wrongfully executed people, wrongful convictions, corruption in the justice system, etc. Again, don't just say those things happen. Provide studies to back up your information with facts and figures. Statistics are important.

No matter how strongly you feel for or against something, there are plenty of people who believe the opposite of you – and they feel just as strongly. If you're not sure that's accurate, go on any forum or internet site where Christians and Atheists are debating (arguing), and read a few pages. There are some good points made on both sides, but also a lot of bashing and name calling. You'll need to leave any bashing or name calling out of your paper, but you can certainly keep the passion with which people believe things in mind when you're arguing your side or the other side of the issue.

6.  Refute the Other Side

Once you've made your argument and provided the counterargument information, it's time to refute. To do that, you'll take the information from the other side's argument and show (with more facts and figures) why you believe it to be wrong, incorrect, or misguided. When you do that, you've shown that you not only understand both sides of the issue and have made your own argument, but that you also realize the other side has valid points – and you're able to show why they don't work, as well. That doesn't mean you've "won" the argument, as that's not really what an argumentative paper is about. There aren't any winners or losers. There are only points, counterpoints, and refuted counterpoints. The goal is to demonstrate that you understand how to do these things correctly and logically.

7.  Conclude With a Strong Finish

After your argumentative paper has been created and you've made your points, countered them, and refuted the countered information, you don't want to just stop writing. You need a good conclusion that will allow your readers to really think about what you've provided. That conclusion should still be factual, but there is also room to provide a little bit of emotion, as well. Many people use the conclusion to quickly summarize the information in the paper and then end with a punchy statement or a question that will get the reader thinking about the issue deeply. It might even be possible to change the minds of some of the paper's readers, even if they had strong opinions that did not previously mesh with yours.

This writing tool and over 126,443 example essays, tutorials,
study guides and more are available for immediate download!