1857 Indian Rebellion been elusive to characterize as "The first war of Indian independence?"

The first war of Indian independence in 1857 is also characterized in terms of mutiny and the movement of civil disobedience. A brief about the historic events taking place during 1957 revile that the movement started with a notion to refuse using the cartridges used by the British Military. The greased cartridges were provided to the native soldiers of the military. The solider MangalPanday of Barrackpur in Bengal refused to use these cartridges on 28th April 1957 and he also shot two of his superior officers of British military. He was caught and hanged for instigating a single-handed revolt on 8th April, 1957. He is also named as the first martyr of freedom movement. [2: .RaghunathRai. Themes in Indian History (New Delhi: VK Publications, 2011), 225.]

The struggle started and the whole regiment was disbanded and disarmed by their superiors in order to curtail the situation. The march of the soldiers towards Meerut lead to movement of initiating the refusal of using greased cartridges and as a result 85 soldiers in Meerut rejected to use the cartridges. They were captured and court marshaled. Next day the release of these soldiers and revolt was in full swing when the soldiers started their journey towards Delhi after killing their officers. The soldiers arrived in under the red fort of Delhi and chanted slogans in favor of the Bahadur Shah and told him that they have killed English army officers. The local soldiers also joined the group.

The locals, local soldiers, and infantry joined together to form a group and concurred the city of Delhi. Consequently they named Bahadur Shah as the emperor of India. The group ruthlessly killed English soldiers and as a result minimal resistance was posed by the English army. The local cultivators supplied required food and commodities to the rebel soldiers and locally they also captured the communication and supplies route of English army. They captured the headquarters of British army and turned it into the judgment hall. They thought that the British occupation is over and the locals have taken over the control of their state. However it was not the case at the moment.

In short numerous cities of India were under attack of the rebels and English forces continued the struggle to fight back. The cities of Kanpur and Lucknow were also under severe attack and the British army remained besieged for several days from July 1957 until February 1958. The outbreak of movement also spread in Banaras and Ahmadabad however British forces were more successful in capturing the city and massacred thousands of women and children. Jhansi and Gwalior became the epicenter of revolt in central India. The rebels fought with courage and defeated the foreign forces. The local rebels joined with the soldiers of army and community joined their hands against the British occupational forces and continued the struggle of freedom until 1958. [3: Rudrangshu Mukherjee. Awadh in revolt, 1857-1858: a study of popular resistance (New Delhi: Permanent Black, 2002), 65.]

Various cities and parts of India were under fierce attack by the rebels and revolts. The soldiers were killed on streets and battle fields. Punjab was also under attack yet faced a serious use of force by the British army and revolts were crushed with force. The south eastern Punjab was also folded in the revolts and the rebels with the help of local leaders attacked the forces. Some of these leaders were captured and hanged and some flee to Kabul and other safe places after seeing a forceful action of the British forces. The loss of lives was increasing and as a result the battle became directionless as it is observed in the work of various modern scholars.

There were a number of reasons for the events of the 1857 Indian rebellion been elusive to characterize as the first war of Indian independence. The issues of bad generalship, lack of strategy, shortage of military skills, and lack of national cause and interest. The lack of national leadership and national cause was also among the notable issues that lead to the underplaying of the 1957 events instead of a regard as national movement for first independence war. The account of history also reveals that revolt was started based on roamers and repulsion of the soldiers not to use the greased cartridges. The groups of soldiers were also joined by the disgruntled ordinary citizen.

Hence they were not trained to fight an organized war of independence. The localized motives and area based interests of local leadership also resulted into posing the first war for independence as a localized interest-based fight. The lack of education and awareness of the modern educational and historian background of the local scholars is also among the reasons for undermining the correct account of causes and effects of the 1957 events. The below review of secondary literature is focused to assess the issues of events in 1957 for lacking short of named as the first war of Indian Independence. [4: SailendraNathSen. History of Freedom Movement in India (1857-1947) (New Delhi: New Age, 2009), 12.]

The outbreak of the events was instantaneous and it was not a planned act of disobedience. The rumors of using pig and cow fat as grease covering the cartridges used by army were spread long before the act. According to historic accounts the spread of the news that pig and cow fat is used to grease the cartridges was spread by the Muslim and Hindu communities in order to incite violence and create repulsion among soldiers. However it is not backed by the empirical evidence or concrete basis to claim, therefore the argument cannot be furthered to support the claims. [5: BiswammyPati, eds. The Great Rebellion of 1857 in India: Exploring Transgressions, Content, and Direction, (New York: Rutledge, 2010).]

The usage of these cartridges also required touching from the mouth and as a result the roomer was supported. There was a role of rumors in instigating hearted and suppression in common public. The rumor that the British Army in involved in converting Muslim and Hindu soldiers to Christianity was also spread through the uneducated communities of India. The residents of villages and cities of India were mostly unaware of the western educational system. It resulted into a barrier for the British initiative to educate public. The residents and students of India perceived it to be an act of conversion and intentions of the occupation were questioned. The local scholars also played a significant role in claims that the British forces are designed a task of converting Indian people to Christianity. The result of the rumor can be observed in terms of a coherent effort of the communities to fight against the occupational forces. The soldiers and communities in the cities of India were not on aligned to formulate a strategy for fighting the freedom war. [6: Simon PaulMackenzie. Revolutionary armies in the modern era: a revisionist approach (New York: Rutledge, 1997).77]

The instantaneous response of the solider MangalPanday provided required inspiration to the comrades within the British army. The basis was provided through the rumors of using pig and cow fats as grease in cartridges required a first step towards not obeying orders that are contrary to the religious beliefs of local soldiers. The resultant act of killing his officers instigated the British officers to kill the rebel and as a result the long standing issue of religious belief turned into a movement of disobedience. The soldiers were disarmed and moved to other city which provided the route for required sharing of the tragedy. The outbreak of the instantaneous response of solders also gathered the sympathy of local communities. The repulsion of the locals was due to various reasons including the dissatisfactory living conditions and low average income was also among the reasons.

The lack of national elements was also one of the factors that the residents of the various areas initiated the revolt and failed to from a national momentum. There was a lack of national leadership and the people involved in the revolt were not organized. The local communities joined the rebel soldiers without having a clear aim and objective. Moreover the strategy to fight it as a war for independence was also not present to support the cause. The locals were sympathetic to the cause of freedom yet lacked the understanding of their objectives. It required a national response and strategy to fight war against the organized British force. In order to comply with the standards of a national fight there had to be a presence of national leadership and strategy to fight for the cause. Yet it is observed that the movement was merely a response to certain hatred-based elements including the social, moral, and religious reasons. [7: Samuel Matrin Burke and Salin al-din Quraishi.The British raj in India: A Historical… 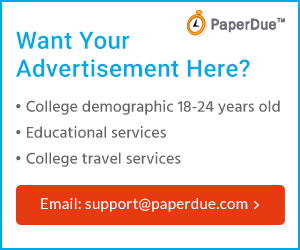 The rebellion events of the 1857 war were started through a soldier revolting the orders of its superiors and killing the officials of British authority. The results of violent actions against the rebel soldier sparked a wave of revolution and instigated the rebel activities. The later review of the reasons and motives behind the rebel actions provides an account elaborating these actions. The actions of the soldiers were primarily religious. The reasons of disobedience were that the soldiers believed that the cartridges provided to them are coated with the pig and cow fat which is not allowed in their religion.

The religious ground so the revolt soon turned into a national revolt after the execution of the rebel soldier. The soldiers of his regiment and others showed their solidarity with the forces and started a revolt movement. The movement soon turned into a violent activity as soon the locals joined the forces to ensure that the British forces are fought and sent back to their country. The local lords and land holders did not patronize with the revolutionary forces and sided with the British occupation. The turning point of the movement from purely a religiously motivated action into a national independence war is observed when the unsatisfied locals aided the rebel soldiers. The locals fought side by side with the forces and captured various strategic and symbolic places of the foreign establishment.

The question rises that the rebel actions and nationalized efforts of locals to regain their freedom from the British forces remains acts of revolt and rebellion events. They fall short of a national movement and a nationwide war for independence. More importantly the actions of the rebels also remained unaccepted as to be noted as the first war of Indian independence. The historians provide various reasons after the review of events and the effects of the war. The major reasons are described as the lack of national motive, bad generalship, and lack of war skills.